MongoDB in a recent project

Many of the Okta projects are straight out of the box. We have one Profile Master or UD as a Master, a bunch of SAML and SWA apps, and some sort of MFA. Occasionally, we get a project where we really need to dig into the API and get creative with the Okta API.

In one of our most recent projects, we dove headfirst into the Okta API. We needed to custom code Salesforce as a Profile Master, but we couldn't use the standard OIN Salesforce app an instead write some server-side code to sync Okta with Salesforce using Chron jobs and lots of server-side code. To get this project completed we decided against a standard relational database like SQL Server and decided on the NoSQL MongoDB. It turned out to be the right decision. After the project, we greatly appreciated the power and flexibility MongoDB offered and when we heard there was a MongoDB seminar in Irvine we registered and looked forward to finding out what's new with MongoDB.

At your MongoDB.local, you'll learn technologies, tools, and best practices that make it easy for you to build data-driven applications.

We had a full day of activities about MongoDB. Here are some of the highlights of the meetings we attended.

Amazon has Alexa. I'm sure most people out there are familiar with this product. I was a little wary of Alexa after watching the PBS special on Amazon and going over friends’ houses listening to people yell at this device and getting super important answers like "Alexa who is Santa Clause?" and "Alexa will I meet my one true love?". At Iron Cove, we are security experts and having a device that is always on and listening to you, could be a security risk. That being said, the first activity talked about using Alexa and MongoDB. I was very surprised how easy it was to write a small amount of code and get Alexa working with you. It basically is a simple JSON file. Not sure if I'll buy an Alexa any time soon but it did open my mind to some interesting possibilities.

Migrate Anything to MongoDB Atlas

This activity walked us through the migration of an existing MongoDB deployment to MongoDB Atlas. I was excited about this activity because I was using mLab and they were just bought out by MongoDB. I was happy to see that the migration was as simple as a few clicks in the admin of Atlas. But we also learned that the most important part is the prepping and planning before the migration.

The keynote was long and chock-full of all the new features in the most recent version of MongoDB(MongoDB 4.2). Here were the main points covered:

This was probably the coolest feature. I haven't played around with it and in my discussions with fellow developers at the seminar others were cautious to say it would be a game-changer. The concept: every field in your MongoDB collection could be encrypted. This solution could have incredible advantages for companies that need a high level of compliance requirements. Imagine that you have one “key” in a safe place and all your other backups are encrypted at the field level. If you need to delete (note: people in the database industry hate using this word) a user, then by deleting the key, you know all the other backups (wherever they are) are essentially deleted because the data inside them is encrypted and cannot be decrypted. This sounds very promising.

Another awesome improvement is MongoDB baked in GraphQL into Atlas. If you haven't heard of GraphQL, you will. It's huge.

GraphQL's principles of simply describing the data you want and getting predictable results have led to an explosion in popularity – replacing REST APIs more and more. The walkthrough was a very basic intro into GraphQL but it was enough to let everyone in the audience that GraphQL is a game-changer with accessing data quickly and painlessly. Asya Kamsk, a Principal Product Manager at MongoDB did a great job at showing everyone how GraphQL

MongoDB is here to stay. They are growing in size and they are constantly making their product better. If you are interested in using MongoDB with Okta, give us a call. We'd be happy to answer any questions you have. 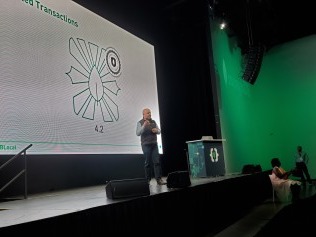 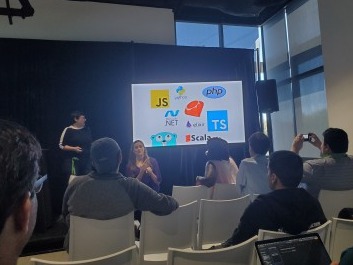 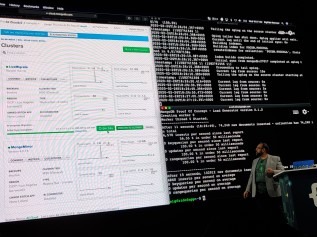 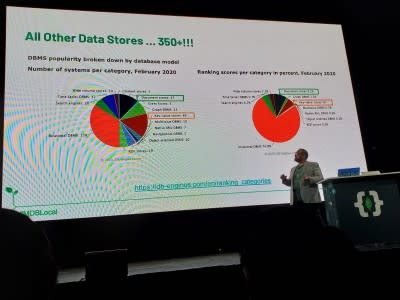 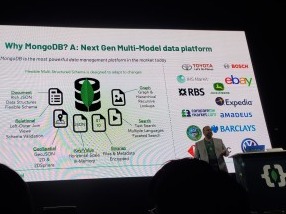 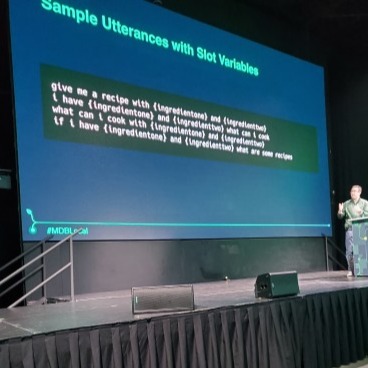 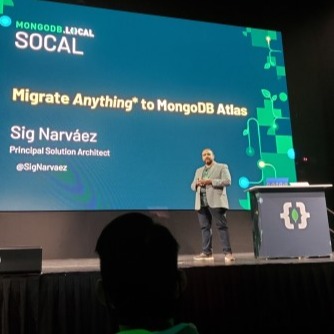 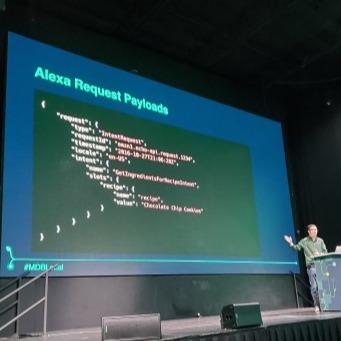